About the Game of Sic Bo:

This page describes the game of Sic Bo and some of its most popular variations. Read these and have fun playing this game online:

What is Sic Bo?

Sic Bo is a gambling game played with three dice. The game is originally Chinese and is called Tai Sai or Dai Sui, which means Big Small. Sic Bo is still popular in Asia and can be found in most American and European casinos. Sic Bo is traditionally played on a small plate covered with a bow. The plate and the bowl are shaken, and the bowl is lifted to reveal the roll. 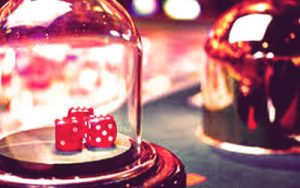 Modern Sic Bo is played with a basket or a plastic cup where the dice are shaken. Players can bet on Big or Small (Big is 11-17 and Small is 4-10) or on one, two or three number combination or on a specific total. Pay outs of Sic Bo vary from 1:1 to 180:1.

Sic Bo table in casinos is similar to roulette table, where all winning combinations are listed in a ruled chart. On the most sophisticated tables winning areas are lighted from underneath in the end of each game.

There are a number of variations of Sic Bo. One of the most popular of them is Chuck-a-luck (also known as Birdcage). The game features only single bets with rare exception of an additional bet on any triple (when all three dice are the same number), which is paid 30:1. The game is called Birdcage because of the device used to shake dice. The device resembles a wire-frame birdcage that pivots about the center. The cage is rotated by the dealer and the dice land on the bottom. The game was once popular in casinos, but lately has been replaced by traditional Sic Bo.

Chuck-a-luck is a carnival game. It is a very simple game that gives players an option to wager on the numbers 1 through 6. If one of the numbers come up, the player is paid even money, if the number comes up twice, he is paid 2:1, if three times, 3:1. It is easy to calculate that the expectation is much worse than in any casino game.